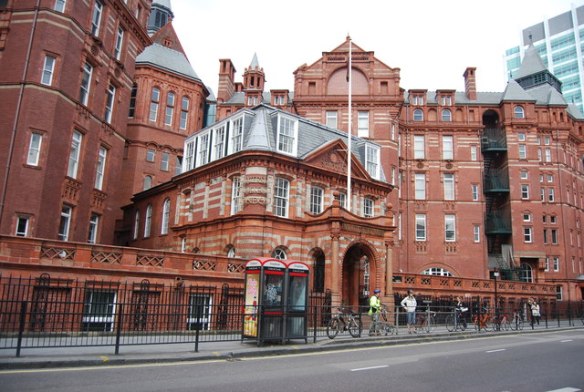 ON 7 January 1962, smallpox claimed its first known victim in Britain for more than three years. That same day, 2,400 people were vaccinated at University College Hospital in London, where the patient had been treated. What nobody knew at the time was that smallpox had already killed a nine-year-old girl – who had died of an unexplained illness in Bradford on 30 December – and the virus had infected other people in Yorkshire. Five of them would die.

But on 7 January, it was the death of 24-year-old Ismat Khan which hit the headlines. Originally from East Pakistan (now Bangladesh), he had arrived in Britain on Christmas Day, travelling from Karachi which was then the centre of a smallpox epidemic. He carried an International Certificate of Vaccination, which showed he had been re-vaccinated against smallpox on 17 November; but the vaccination was clearly ineffective and after his death it was seen that there were none of the marks or scars which indicate success.

On the flight from Karachi, he complained of a headache; changing planes at Paris, he vomited on the tarmac. On arrival in London, he stayed in the St Pancras area, with his uncle and several other Pakistanis. By Boxing Day he was suffering from headache, backache and fever and by 27 December he was clearly a very sick man. He developed a cough and at the same time a rash appeared on his face and limbs. Late that night he was taken by taxi to the casualty department at University College Hospital, where the doctor on duty suspected it was smallpox. The suspicion was confirmed by the local Medical Officer of Health and a member of the Panel of Smallpox consultants. The patient was taken to the smallpox hospital at Long Reach, Dartford, where he died ten days later. He was buried in the public cemetery at Dartford on 9 January.

The Long Reach Hospital was on the traditional site to which smallpox patients had been brought at the end of the 19th century, to be isolated either on the river bank or in the floating smallpox hospitals on the Thames itself.

Khan’s admission to University College Hospital could have had serious consequences; but luckily he was there for only a few hours, during a quiet time of the night, and had contact with only a small number of other patients who were easily identified and vaccinated. They were kept under surveillance and accommodation was prepared as an isolation ward on one floor of the hospital, with a ‘one-way traffic system’ and plans for barrier nursing. As soon as Khan had been transferred to Long Reach, the casualty department was sealed and disinfected; it was reopened in the late afternoon but all staff, inpatients and medical students were vaccinated.

It appears that no-one caught the disease from Ismat Khan, though there was concern about his cousin’s wife (who had nursed him) and the taxi driver who took him to hospital. Both were re-vaccinated and taken to the smallpox hospital, but neither showed signs of the virus. London had escaped an outbreak. But Khan was the first of five aeroplane passengers from Pakistan who brought smallpox with them between 25 December 1961 and 12 January 1962.