THE HUNT FOR CONTACTS

The task of tracing contacts fell to staff of what is now called the Environmental Health Department; in those days they were known as Health Inspectors and in an emergency they came under the jurisdiction of the Medical Officer of Health. The Rhondda team had already been involved in the opening and supplying of the Penrhys hospital. Now their job turned to detective work: each contact would be asked where they had been and whom they had met in the previous days and weeks; it was a huge task and involved long hours of work. In the early stage, they concentrated on members of Llantrisant Golf Club (where Dr Hodkinson was a keen member), the Bush Hotel public house, near East Glamorgan Hospital and two big social clubs in the Maerdy area. The inspectors would vaccinate anyone who might have been at risk and keep them under surveillance at home during the potential incubation period. See an extract from the original file.

On 1 March, Margaret Mansfield’s brother and his family were isolated in a hospital in Bristol as ‘hot contacts’ – having been in the house in Maerdy where her body had lain for five days before her funeral. See the original report. 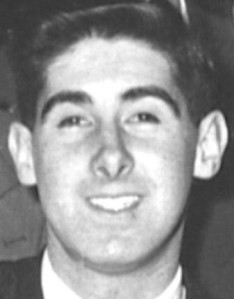 Vernon Bryant was a young health inspector at the time: ‘I would come along and ask where they had been or who they’d been in contact with going back 28 days. If they remembered someone, I would move on to them. But it was very difficult relying on people’s memory.’  They also kept in touch with those who had been put in quarantine, trying to keep up their spirits and bringing them supplies; shopkeepers were reluctant even to handle money from quarantined houses; the health inspectors would drop it into disinfectant in the shop. On March 3, neighbours of a woman in Edmundstown criticised her for delivering groceries to members of Marion Jones’s family who were in quarantine in their homes.

Protective clothing – worn when in contact with a suspected case, or when clearing a house after the inhabitants had been sent to hospital – was rudimentary: a plastic overcoat, Wellington boots, gloves and head-wear. These were taken off to be incinerated in the municipal destructor at Porth – along with furniture and all personal possessions from infected premises.

Nimrod Griffiths, one of the health inspectors, recalled that staff at the destructor would shrink away when they arrived and they would have to load materials into the destructor themselves. There was no proper disinfection station in the Rhondda and in the early days of the outbreak they would simply dispose of their protective clothing and go home for a bath. Later – especially after funerals, at which they carried the coffins – they used a facility in Cardiff, which involved entry on a ‘dirty’ side, disinfectant baths and a clean side where fresh clothing would be donned; clothes were donated by the local Poliakoff clothing factory at Porth.

Those in the front line faced suspicion from the wider community. Olwen Williams, who nursed Dr Hodkinson, remembered that local shops would empty when her mother went in to buy something, just because her daughter had nursed a smallpox case. Health Inspector Nimrod Griffiths used to go out for a drink in a local club, but people would shy away from him: ‘They didn’t want to be too close to me.’ While the outbreak was still under way, he and his brother travelled to London, but in the train his brother tried to avoid conversation for fear their distinctive accents would identify them as coming from the Rhondda and provoke a hostile response from other passengers.

Prof John Pathy, who visited the Rhondda almost daily during the outbreak recalled that people in Cardiff were scared to visit the area and ‘petrified’ if people from Rhondda came to the city: ‘My family would never say anything about what I did, because people would ostracise them’. The Welsh Board of Health (forerunner of the Welsh Office) agreed that no-one would communicate directly with Prof Pathy, in order to keep his ‘cover’ intact. He continued to carry out his normal duties at St David’s geriatric hospital during the outbreak and it was thought this would become impossible if it was known that he was in contact with smallpox. ‘The Board dealt with all queries; my name was meant to appear nowhere.’  Until he was interviewed for a TV documentary in 2002, his role in the smallpox outbreak was known to only a handful of people.

On 2 March, the World Health Organisation declared Rhondda and the neighbouring districts ‘infected areas’; the day before, the Irish Rugby Union had cancelled the international match due to be played against Wales in Dublin, because of fears that Welsh supporters making the annual pilgrimage across the Irish Sea would bring the deadly virus with them. By this time, 25,000 people in Rhondda had been vaccinated, 10,000 by GPs. Dr Jimmy Wakelin recalled: ‘Ordinary surgeries went by the board and people just queued and queued. All I can remember was their arms as we vaccinated them.’ Vaccination had a dual purpose: firstly, to create ‘herd’ immunity and limit the opportunities for the virus to spread and, secondly, to reduce the risk of infection in anyone who had been in contact with smallpox. Vaccination within four days of first exposure has been shown to offer some protection against acquiring infection and significant protection against a fatal outcome. 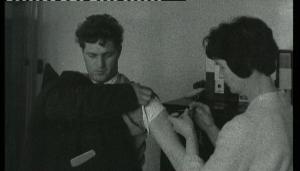 Speaking in 2002, former Health Inspector Vernon Bryant remembered the panic and fear which gripped the Rhondda:  ‘The vast majority were nowhere near it, but still fear was whipped up and at one stage supplies ran out.  When it was announced in the Trealaw clinic that only so much was left, panic set in and they were fighting to get the last dose.  People were panic stricken. People in Pontyprid wouldn’t open the door.  People afraid to mention where they were from. Blackpool wouldn’t accept people from Rhondda.’

Demand for vaccination built up beyond the immediate area of the outbreak; clinics were reopened in Cardiff and throughout South Wales 900,000 people were vaccinated in the spring of 1962. Although there were fears that supplies of vaccine would run out, demand was met in part thanks to a donation of supplies from Argentina.

The three relatives of Margaret Mansfield who had been immediately identified as suffering from smallpox were sent not to Penrhys, but to another isolation hospital, Heddfan, on a hill north of Bridgend, to the south west of Rhondda – a decision which, according to one theory, may have had fatal consequences. As well as the predictable cases among the immediate families of Margaret Mansfield and Marion Jones, other more alarming cases soon came to light in East Glamorgan hospital. The first was a four-year-old boy, Stephen Howells, who was suffering from a kidney disease. His mother Mary was allowed to stay in hospital with him. On the morning of 9 February, in preparation for surgery, he was the first patient to enter the anaesthetic room in which Margaret Mansfield had died – with great loss of blood – a few hours earlier. He returned to the children’s ward, but a week later (16th) he developed a high temperature, sore throat and swollen glands in his neck; on 17 February he came out in a rash which was thought to be chickenpox. He was then isolated, along with his mother, in a side ward. The rash became pustular, but again smallpox was missed; it was on 28 February, three days after Dr Hodkinson was diagnosed with smallpox in the same hospital, that it dawned on the medical staff that this was another case of the virus. By the time he was sent to Heddfan, he had been infectious for eleven days and the disease had spread to three other people.

On 26th, his mother Mary Howells became ill (according to the official report she must have caught the virus on 14th) and on 1 March she developed a rash and was taken to Heddfan smallpox hospital, where she died on 20 March. Although her son had not been vaccinated and was suffering from a serious medical condition, he survived; his father was not infected. But on 4 March a nine-month-old baby girl on the children’s ward fell ill with a high temperature and maculo-papular rash. She had been transferred to the ward on 21 February, three days after the boy had been moved to a side ward close by. She was transferred to Heddfan and died there on 11 March.

The children’s ward was put into quarantine; 20 children and their nurses were confined there until 20 March, but no-one else contracted smallpox. There was, though, another case in the hospital. A man who had been a patient in the ward above the children’s ward from 20 January to 20 February became unwell at home on 5 March. Although he had been successfully vaccinated on 26 February, as part of the general vaccination programme then under way, he developed a sparse rash on 8 March and tests confirmed he had smallpox. He was admitted to Heddfan, but was never considered at serious risk and recovered. His case raises important – and fascinating – questions about the spread of the virus.