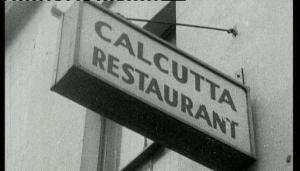 LITTLE IS known about the traveller who brought smallpox to Wales. Shuka Mia was a young man who travelled from Dacca, in what is now Bangladesh, to West Pakistan towards the end of 1961 with the aim of coming to Britain. He waited for two months in Karachi and on 27 December he was issued with an International Certificate stating that he had been revaccinated against smallpox. It was two weeks before he left for London, apparently unaffected by the epidemic in the southern Pakistani port. According to the official report, on 12 January he travelled by taxi from London to Birmingham where he stayed the night before continuing his journey to south Wales by train the next day.

By the time he reached Cardiff, he was feeling unwell, but from the central station it was a short walk to his destination, the Calcutta Restaurant. One of the first curry houses in Wales, it stood on Bridge Street, between the city centre and the Docks, with their cosmopolitan population. It was here, in a flat above the restaurant, that the immigrant stayed until he was admitted to hospital on 15th. The flat, it seems, was a meeting place for friends of the café-owner and an unofficial ‘gambling den’. Shuka Mia – ill though he was – received visitors ‘both by day and night’. See an official telex from 1962.

The specialist who confirmed the diagnosis of smallpox had a different account of Shuka Mia’s route to Cardiff.  Speaking in 2002, Prof. John Pathy said the visitor arrived at London Airport and took a taxi to Butetown in Cardiff.  Failing to find the people he was looking for, he travelled to Birmingham and stayed the night there before returning to Wales and the Calcutta Restaurant next day.  If this version is correct, then some of his contacts were never traced in spite of a massive operation. 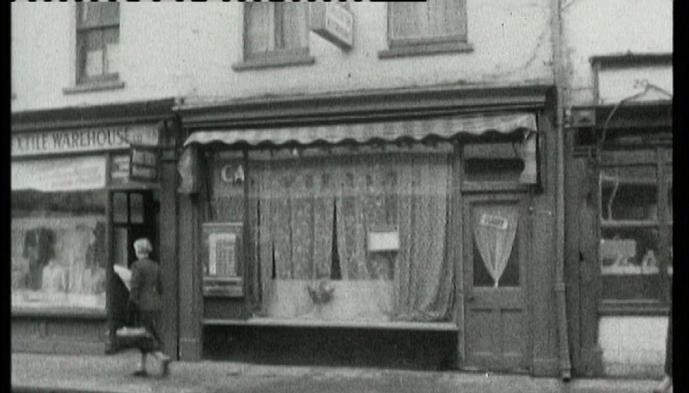 It is difficult to separate fact from myth in the story of the role the Calcutta Restaurant (also known as the Calcutta Cafe) played in the smallpox outbreak. In popular legend, still current in the Rhondda, the restaurant is sited in the Docks, which had a reputation throughout South Wales as a haunt of prostitutes and sailors: anyone visiting from the valleys was asking for trouble and there is still a widespread belief, among the generation who lived through the outbreak, that someone from Rhondda who visited the café for dubious reasons brought the virus back to the valleys. As we shall see, no firm evidence was ever found to identify this crucial character (if he or she existed); but the authors of the official report on the outbreak had to resort to contorted theories to explain any other mechanism by which smallpox spread. Prof. John Pathy (in 2002) said he knew that Mia had been visited by someone from the Rhondda who sat on the end of his bed chatting to him. (See the official report of a 15-year-old girl from Tonteg who had contact with him.)

When he arrived in Cardiff, Shuka Mia may have been suffering from headache, backache and a raised temperature. But over the weekend he became seriously ill. On Monday 15 January, Dr John White, a local GP was asked to call and see him; he noticed flu-like symptoms and a high temperature. It was only after leaving the flat and while preparing to drive away that he had second thoughts: the fact that the patient had recently left Pakistan (and, no doubt, his awareness of the cases in England) prompted the doctor to suspect smallpox. If he had not done so, what became a bad situation might well have become much worse. On that day, it was reported that 13 people had died of smallpox in Karachi during the previous 48 hours, but the authorities in Pakistan were reported as saying that the whole population of more than two million would have been vaccinated by the night of the 14th.  Dr White contacted the Medical Officer of Health and Shuka Mia was sent to the Lansdowne Isolation Hospital in the west of the city. (See The doctor who spotted the first smallpox case, below).

It was at the isolation hospital that the patient was examined by Prof John Pathy, a smallpox expert who was to play a central – but secret part – in the fight against the virus in Wales. Pathy diagnosed smallpox (which was later confirmed by laboratory tests) and noted that Mia bore none of the marks of successful primary vaccination, though scratch marks on his forearm were compatible with an attempted vaccination on the date of his International Certificate. John Pathy’s first reaction was that the patient should not have been admitted to the isolation hospital but sent directly to a special smallpox hospital. The nurses on the ward where Shuka Mia had spent the night were put into quarantine (see ‘I nursed the smallpox victim’ below) . 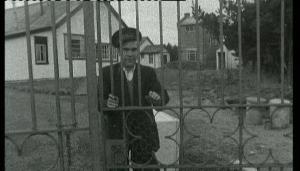 Arrangements were made for Shuka Mia’s transfer by ambulance to the collection of huts on Penrhys mountain above the Rhondda valleys, which was the designated smallpox hospital for south Wales. The resident caretaker and his wife opened up the buildings at Penrhys in preparation for the arrival of the patient and nursing staff – volunteers from the nearby Tyntyla isolation hospital. Vernon Bryant was a Health Inspector in the Rhondda and was sent to prepare the hospital.  Speaking in 2002 he said it had not been opened for years and there was a lot of cleaning to be done.  The nurses from Tyntyla brought everything they needed.  Only certain people were allowed to come and go (including Dr Pathy) – the Health Inspectors did their work on the outside. Mr Bryant remembered a handbell outside the gate, which they rang when they left food outside so that – once they had gone away – the staff from inside could collect it.

It was reported that the ambulance driver from Cardiff did not know the way and made a lengthy detour before asking a policeman for directions to Penrhys; according to the story, he did so without opening the window (see The police officer who directed the ambulance, below).

When he arrived, Mia came under the care of Dr Jim Thomas, a member of the Smallpox Panel, who (as a result) was unable to assist more widely in the battle against the virus when it spread first to the Rhondda and Llantrisant area and then further west. Along with the nurses and the caretaker and his wife, Dr Thomas was to spend more than two months in isolation on the windswept mountain top, caring for eleven patients in all.

>> The search for contacts in Cardiff