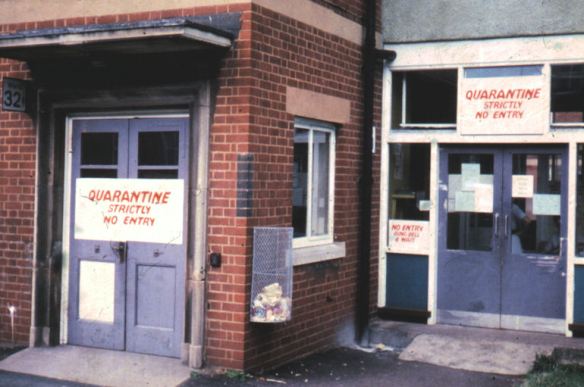 IN August 1978, Birmingham was the scene of the last case of smallpox in Britain.  Janet Parker, a medical photographer at the University of Birmingham, was accidentally infected with smallpox and later died at East Birmingham Hospital. Her illness was initially diagnosed as a drug rash, but soon afterwards pustules appeared on her body. Mrs Parker’s mother also developed smallpox, but survived. The ensuing investigation never established exactly how the smallpox virus had escaped from the university’s laboratory.

BBC report on the Birmingham case.